Ruben Studdard explores the Negro Spiritual: Then and Now

Brother Ruben Studdard was initiated in 1997 into the Delta Omicron chapter at Alabama A&M University. He is an American R&B, pop, and gospel singer. Ruben also was the winner of the second season of American Idol and received a Grammy Award nomination in December 2003 for Best Male R&B Vocal Performance for “Superstar.”

Please join Brother Ruben Studdard as he looks at the origin of the Negro Spiritual and it’s evolution. In this 60-minute feature length documentary, Ruben Studdard presents interviews with musical historians, celebrities and everyday people in exploring the Negro spiritual and what happened to them.

Normal Hill Jubilee documentary will also feature 12 selected students to become part of a performance choir in a live recording of Negro Spirituals. 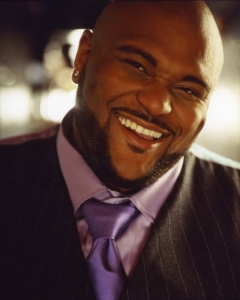