Continuing their dedication to strong fraternity education practices and resources, National President Mark Lichtenberg and former National President John Mongiovi are hosting a series of regional events called Sinfonia Fireside Conferences. The program is dedicated to exploring the mission, Ritual, and ideals of the Fraternity, as well as providing tools for brothers to teach these concepts and apply them both in their individual lives and in their chapters.

Fireside Southeast will be held
on October 27-29, 2017 at
Florida State University

*Lodging and meals outside of Saturday’s lunch and dinner banquet are the responsibility of each individual attendee.

“I assure you that we men, all of us, need, more perhaps than we think, to withdraw from the active, noisy, materialistic rush of the world, not to mention the sensuous, intoxicating, social pleasures of life that minister only to the flesh, and in peaceful quiet meditate upon and consider together some of the deep things of life, listen to the voice of the Eternal and be taught by the infinite spirit of truth.”

Mark R. Lichtenberg was initiated in 1993 by the Delta Nu Chapter, and currently serves as Sinfonia’s National President. He served Province 5 as a two-term Collegiate Province Representative (1996-1998) and as Province Governor from 1998-2009. Prior to his election as National President, Brother Lichtenberg served two consecutive terms as National Vice President, which were preceded by two consecutive terms as Chairman of the Province Governors’ Council and National Secretary-Treasurer. As a delegate at the past seven National Conventions, he has taken the initiative on numerous pieces of legislation to improve many aspects of our Fraternity, including the appointment and duties of Province Governors, the display and regulation of Fraternity symbols, and the restoration of the Object.

Beyond his official duties, Mark helped to develop the Mills Music Mission and is one of the primary authors of the Guide to Color Nights. His Comparative Study of the Initiation Rituals of Phi Mu Alpha Sinfonia Fraternity and work on the 2009 revision of the Initiation Ritual is an enormous contribution to the Fraternity’s body of knowledge. Brother Lichtenberg’s influence and teaching over the last decade has resulted in accuracy and consistency in the staging of the Ritual throughout the country, and has improved fraternity education overall.

Brother Lichtenberg received Bachelor of Music degrees in Applied Music and Music Education from Bradley University and a Master of Music Education from Kent State University. He is currently employed as UniServ Director for Area 20 of the Indiana State Teachers Association, serving school districts in Southwestern Indiana. Mark currently resides in Evansville, Indiana and enjoys spending time with his family.

John A. Mongiovi served as Sinfonia’s National President from 2009-2015. Brother Mongiovi was initiated in 1994 as a collegiate member of Upsilon Psi Chapter at the University of South Florida, and was initiated in 2004 as an honorary member of Mu Chapter at the University of Oklahoma. He served two terms as Chapter President, and two terms as Collegiate Province Representative (CPR) of Province 13. Brother Mongiovi served for 18 years on the National Executive Committee, beginning in 1997, in the positions of Chairman of the Collegiate Province Representatives Council (1997-2000), Committeeman-at-Large (2000-2006), National Vice President (2006-2009), and National President (2009-2015). He also served as National Historian from 2000 to 2006, becoming the second man to serve in that capacity since the position was restored by the National Assembly at the 47th National Convention in 1991, succeeding Dr. T. Jervis Underwood, and has served as a Trustee of the Sinfonia Educational Foundation.

In recognition of Brother Mongiovi’s profound and numerous contributions to Phi Mu Alpha Sinfonia Fraternity, including the restoration of the Ritual, the restoration of the Object, the organization of the Fraternity’s National Archives, the establishment of the first National Museum for the display of historic artifacts, and his tireless efforts to educate brothers everywhere on the history, symbolism and meaning of the Ritual, the Fraternity presented John with the Ossian E. Mills award at the 55th National Convention in 2015 in New Orleans. Brother Mongiovi becomes only the sixth man so honored since the award was created in 1988 to recognize significant and valorous service to Phi Mu Alpha Sinfonia Fraternity of America.

Brother Mongiovi specializes in helping performing and creative artists overcome performance anxiety and stage fright, and achieve greater confidence, focus, creativity, and motivation. He is one of 21 practitioners in the United States who has been licensed as a Hypnotist by examination of a state medical licensing board, and is a Certified Member of the National Guild of Hypnotists. Mongiovi received the Bachelor of Arts degree in biology from Rollins College and the Master of Music degree in music theory at the University of South Florida. He currently resides in New York City.

The Purpose of Fraternity Education and Ritual

This session explores the historic forms and uses of ritual in human experience, providing a useful framework that enables participants to understand the proper purpose of ritual and ritual forms and to utilize these elements to facilitate the teaching of consistent messages and to develop a successful vehicle for lifelong learning.

The Ritual and Its Meaning

During his time as a member of the Fraternity’s National Executive Committee, John Mongiovi traveled the country to speak on the Ritual at over 250 gatherings of Sinfonians. His talks on Sinfonia’s Initiation Ritual integrate his professional insights with an extensive knowledge of esoteric symbolism and philosophy to reveal a message that is both practical and inspirational, leaving the listener with a heightened consciousness, a renewed concept of self, and a deeper understanding of music and Brotherhood.

The “Fireside Conference” as a Vehicle for Meaningful Discussion

Learn how to utilize the Fireside Conference as conceived originally by Ossian Mills to engage in a deep and meaningful discussion of critical concepts that is informed and influenced by the lessons we learn in the Ritual.  Participants will get direct experience in the practical application of this form, as we employ our own mini “Fireside Conference” to explore a critical issue facing Sinfonia today.

In order to preserve the most essential information of our Order, we must have a systematic way to pass on that information with fidelity. What are the best ways to teach members the most important aspects of Phi Mu Alpha? How do we engage one another in meaningful and relevant discussion of the Fraternity’s most fundamental concepts? Explore these questions and more in this insightful session.

Discuss and share ideas about the many aspects involved in directing a Ritual, including cast selection, rehearsal, staging, set up, and execution. This session is designed to assist all brothers, regardless of their role on Ritual night, in making the experience both effective and efficient.

Take an opportunity to ask Brothers Mongiovi and Lichtenberg questions about any aspect of the Fraternity in an informal setting.

After absorbing all of the information shared during the Fireside Conference, participate in this discussion about ways to apply the teachings in the Ritual to energize and inspire your Mills Music Missions.  You will learn that the Ritual-Inspired MMM is much more than a recital-style performance, and can be presented at a variety of venues and not just limited to hospitals and long-term care facilities.

When and Where are Fireside Conferences?

“This it is to be a man of the highest type. To be and not seem; to do and not simply to talk…” 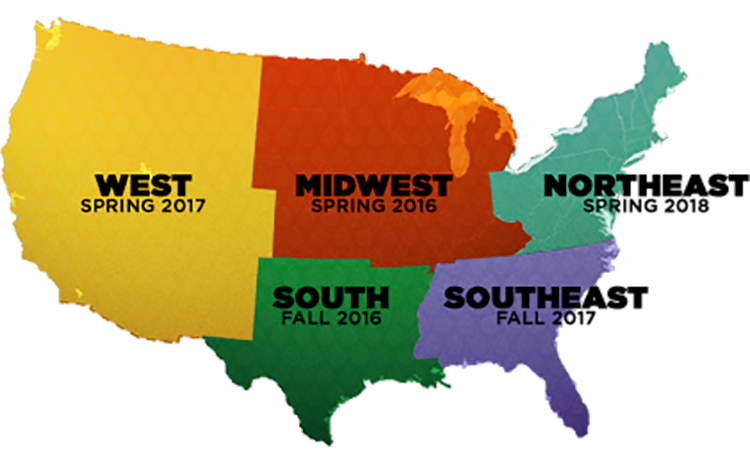 For questions or concerns, please contact us at Lyrecrest by calling 812-867-2433 or by email at nhq@sinfonia.org