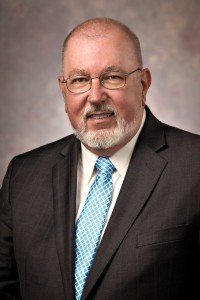 Brother Gawthrop is a 1997 initiate of the Xi Mu Chapter at the University of Delaware. As a renown composer of choral and organ works, he has been the recipient of over one hundred commissions to write original music. His a cappella motet Sing Me to Heaven is among the most frequently performed choral pieces of modern times and has sold more than a half-million copies.

In addition to his work as a composer, Gawthrop has been active as a broadcaster, clinician and adjudicator, organist, conductor, teacher and writer, including a period as music critic for The Washington Post.

For his actions as a true brother exemplar and significant contributions to American music, Brother Gawthrop was named the Fraternity’s 25th “Man of Music” in 2018 at the 56th National Convention in New Orleans, Louisiana.