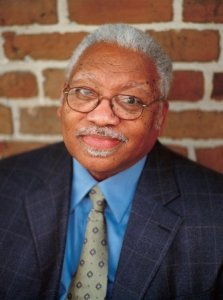 Initiated into the Delta Epsilon Chapter at the University of Louisiana at Lafayette, Marsalis has been regarded by many as the premier modern jazz pianist in New Orleans.

After two years of directing the band and choral programs at Carver High School in Breaux Bridge, Ellis returned to New Orleans to freelance the music scene and performed at several venues between 1966 and 1974. During this time he served as an adjunct professor of African American Music at Xavier University.

In 1974, he joined the New Orleans Center for Creative Arts (NOCCA) as an instrumental music teacher with a Jazz studies emphasis. Marsalis later returned to New Orleans in 1989 to become the Director of Jazz Studies at the University of New Orleans. During his tenure at UNO, he helped colleague Charles Blancq develop a campus performance center called the Sand Bar, and would also develop a jazz orchestra that he would later take on a tour of Brazil on the eve of his retirement.

Most recently Brother Marsalis received the “Man of Music” award in 2015 at the 55th National Convention in New Orleans, Louisiana.