Howard H. Hanson was born on October 28th, 1896 Initiated into the Iota chapter 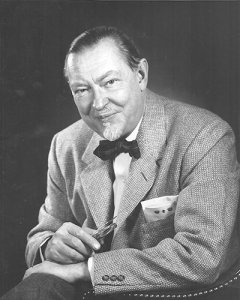 Initiated into the Iota chapter at Northwestern University in Illinois in 1916, Hanson became a charter member of the Alpha Nu chapter at Eastman School of Music of Rochester, New York in 1925, just one year after being named the director of the school.

As director of Eastman School of Music, Howard Hanson transformed the school into one of the most prestigious music schools in the country. He brought in better teachers, improved the curriculum and refined the school’s ensembles. As a champion of American composition, Hanson premiered over 2000 works by nearly 500 American composers while at Eastman an appeared frequently as a guest conductor for several major American and Germanic symphonies.

At the 1954 National Convention, Hanson became the Fraternity’s second “Man of Music” for his enormous contributions to Eastman and his legacy as a conductor.