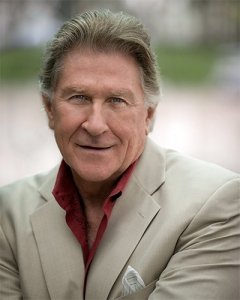 Brother Milnes was initiated at the Alpha Beta Chapter at Drake University in 1954. He went on to become an internationally acclaimed operatic baritone and was bestowed the title of Man of Music at our 1982 National Convention.

Milnes is renowned for his performances in every major opera house with virtually every leading orchestra in every music capital of the world. He was a leading baritone of the Metropolitan Opera, La Scala, the Royal Opera House at Covent Garden, the Vienna Staatsoper, the Chicago Lyric Opera as well as opera companies located in Paris, San Francisco, Berlin, Hamburg, Salzburg, London, Milan, and Buenos Aires.

In 2000, Milnes helped found VOICExperience, a non-profit foundation designed to help young operatic singers train themselves and experience the real world obstacles in the opera world.