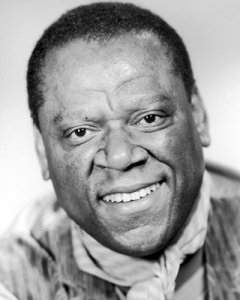 Brother Warfield was an honorary initiate of the Delta Lambda Chapter at Ball State University in 1961.

A celebrated concert artist and actor, Warfield was named the Fraternity’s 11th “Man of Music” in 1976. He was considered to be one of the world’s experts on Negro spirituals and German Lieder, and held the title of “America’s Musical Ambassador.”

Long recognized as a master performer, most people remember him for his roles as Joe in the 1951 film Showboat. Warfield also appeared as Porgy in the 1952 productions of Gershwin’s Porgy and Bess, as well as De Lawd in the TV show Green Pastures.