Music that Makes A Difference – Spring 2019

Thank you to all the Brothers, Probationary Members, and friends of Sinfonia who participated in this Spring’s National Mills Music Mission Week!

Annually, the outreach efforts of Phi Mu Alpha’s National Philanthropy, the Mills Music Mission, culminate with the celebration of a national week of philanthropy during the days leading up to Easter. This is in accordance with the dates of our Founder, Ossian Everett Mills’ original Flower Mission, that took place in the city of Boston’s hospitals throughout the late 1800s and well into the next century. At the time of its origin, Mills’ Flower Mission was known as one of the most generous and beautiful Easter charities and was awaited in the hospitals with much expectancy each year.

Below is a recap of the Fraternity’s reported outreach for Spring 2019.

*Does not include time spent rehearsing 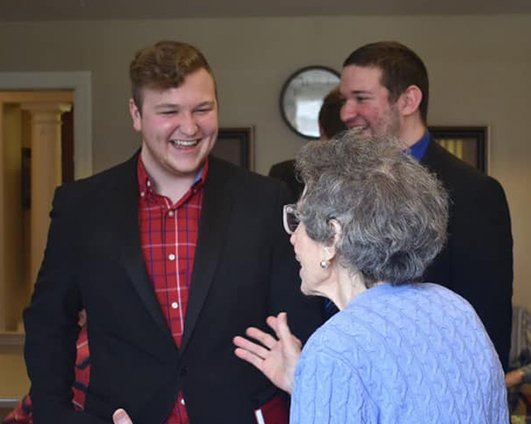 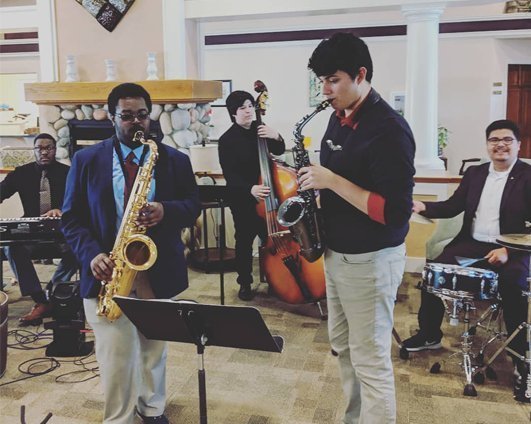 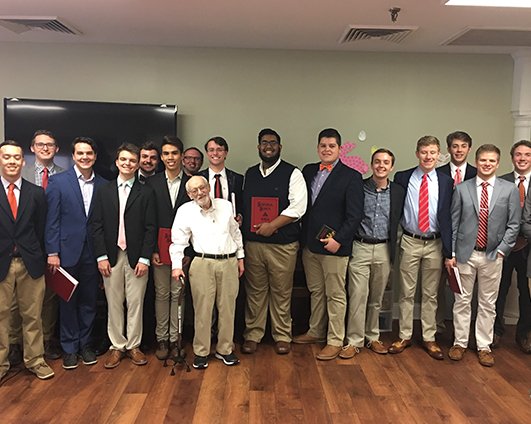 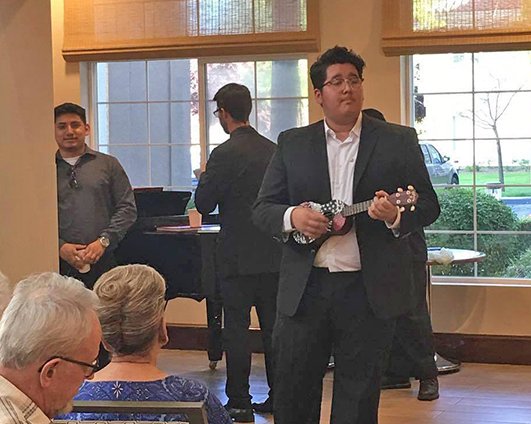 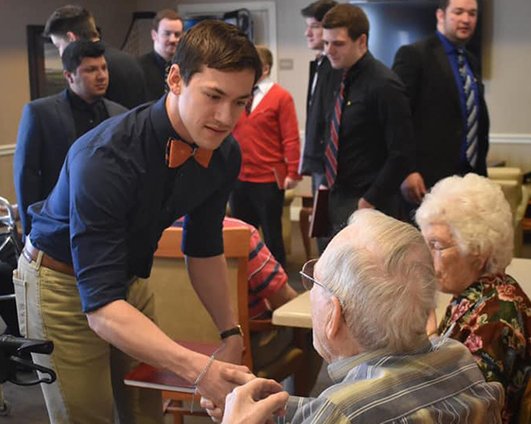 I spoke to a woman whose husband directed the Employee’s Chorus at Boeing for 35 years. She spoke so sweetly of him, of the music he loved to make, and of how kind he was to her. She told me of how much she missed him since having been admitted to Corn Heritage Village, and how much that longing was alleviated by the music we made for her that day.
Ethan MazzioTau Phi Chapter - Southwestern Oklahoma State University

We cannot hope to make a real change without the community effort of every Sinfonian. It is through the actions of our Brothers that the power of music changes the world and uplifts spirits. Every moment we share in goodwill and song with another creates joy in the most surprising places. We would like to recognize the following groups for their outreach efforts through the way of the Mills Music Mission, but most importantly for making music that makes a difference.

If your Chapter, Alumni Association, or Province went on a Mills Music Mission this spring, and your group is not listed below, be sure to share your experience by submitting a MMM Report!

The map located on the right is a glance at the impact of Mills Music Mission efforts across the country. Click on a map marker for a closer look at where the Brothers have visited and made a difference in the lives of others.

All listed Mills Music Missions are those reported to National Headquarters.